The matter of Frank Randall  part one

The matter of Frank Randall… namely, the matter that this once almost forgotten about, rather seemingly insignificant minor character has somehow managed to create such an enormous amount of attention? From those who absolutely hate the man, to the mildly indifferent all the way to those who are defending him so ferociously.  This mysterious man has become the subject of wild controversies, conspiracies, accusations and any number of other debates. How did one man with such a limited story line and few public appearances such as in the ongoing Starz series become such a hot topic all of a sudden?  I have not been all that much of a Frank fan (realistically, there was not all that much to base a judgement on in the earlier stories!) until recently. I began to change my opinions of him after reading A Leaf on the Wind of all Hallows. Then after viewing the last episode of the show, Both Sides now, which took a new direction with Frank’s character, I started to seriously rethink my entire opinion and assumptions of this man.  Is it because Tobias Menzies, fine actor that he is, has breathed such additional life into this man? Well, that could be a partial reason! 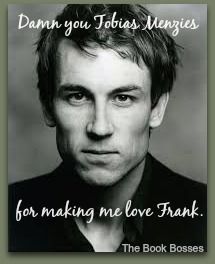 Is it because of the turn the show took, leading us down a new direction with Frank, or is it the combination of all these factors that have added to my suspicions about Frank Randall knowing far more than we think he did. To be honest, I want to think that I would have come to these suspicions on my own without the show and Tobias. Since they have left an indelible impression, I can not leave them out of the mix so I must go with the thought that it was the combination of all three leading me on my quest to find out more about this man!

I set off on my own search for answers from the often elusive and not quite forthright Frank Randall. I have questions and Dammit, I want a bit more than “That is classified, Do you have a need to know?” the usual standard and pat answers that the military- past or present tend to give out. 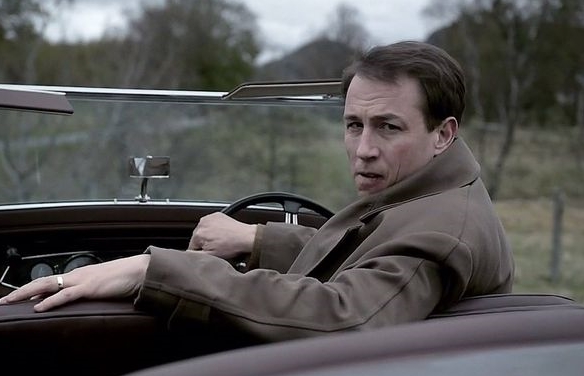 After a tremendous amount of searching, I finally caught up with him and managed to corner him long enough to ask a few pertinent questions… 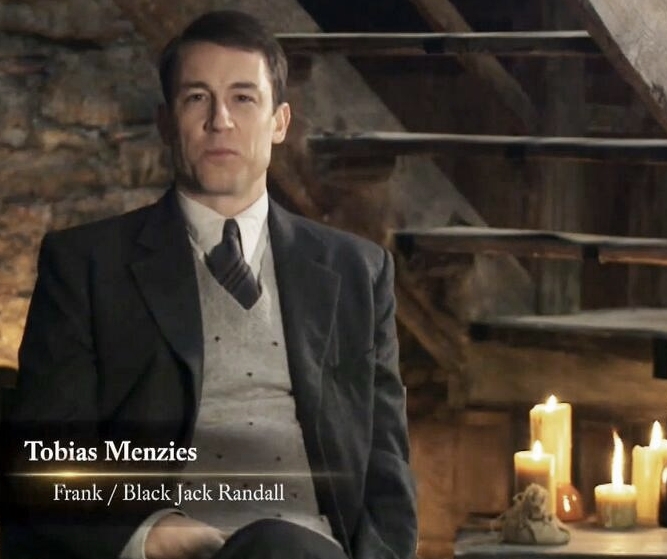 So, Frank, are you aware of what a heated debate there is over your actions and your inner character? 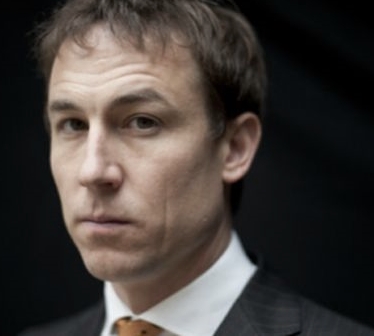 frank gives me a wary look and mumbles something about having been quite busy of late with demanding research and such. He then adds, “Why would there be any question of my character? I have excellent credentials and my work speaks for itself.”

Ahhhh ummm yes, Frank I am aware of that. I am not questioning your work… well, not yet anyway? You are aware that people are questioning not your professional work, but your personal life, your history and your behaviors on family matters? 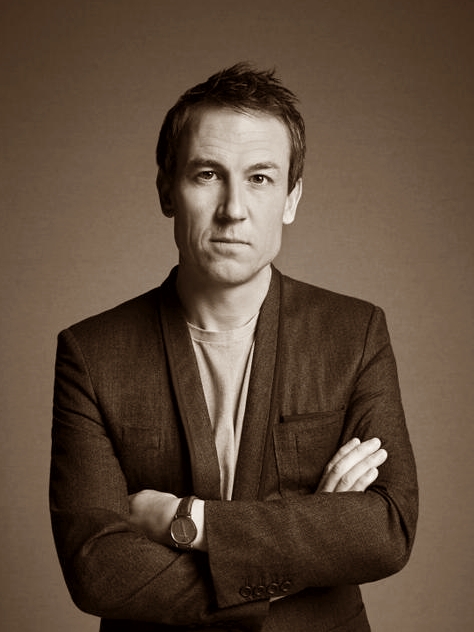 Frank strikes a rather defensive pose and replies, “I fail to see where my personal family life is anyone’s business but my own and my family’s!”

Well, Frank seeing that your wife’s life and yours now as well have been splashed across the world in books and television, people are asking questions and wanting answers… If you would agree to sitting down with me and answering a few of those questions, it might help in squashing some of the rumors that are rampantly flying about?

Hmmm I seem to have hit a nerve, Frank has gone a bit frosty on me and I am feeling a slight chill in the air around us. His answer to my suggestion, “And, what sort of rumors would those be, might I ask?” He’s glaring at me now and I’m not really sure I want to go on with this? 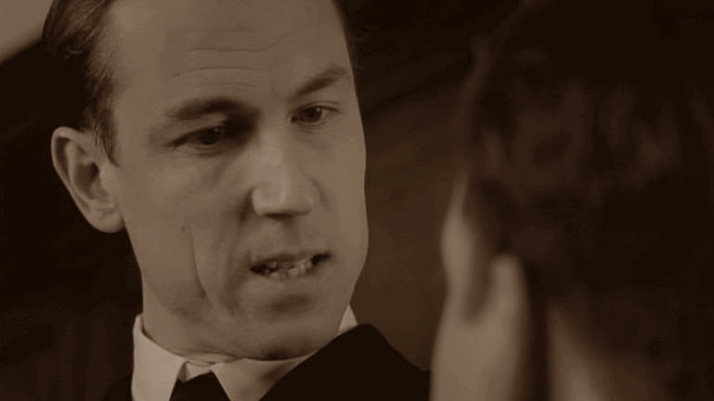 He quickly resumes control, sighs and apologizes for his minor lapse. “I am quite sorry, I fear I am a bit over worked lately and not handling my stress well. I do have some serious family matters to attend to. Please do go on and explain these rumors?” 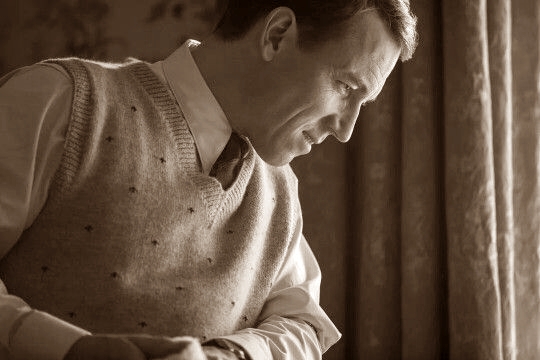 Well, now I am a bit off kilter as well and wishing for a spot of tea or some good whiskey… and I don’t even drink whiskey! “Ahhh Well, you do know Frank that because of the book’s and the show’s popularity you are quite suddenly in the lime light and are the topic of much speculation over who you are, what you’ve done, what you’ve said and how you’ve treated your wife, that darling of the media who can do no wrong in many eyes. Now that the show has aired you in a new light, there is even a huge debate over that. You are everything from a forlorn tragic figure to a philandering husband and possibly even a racist on top of everything else. In addition some have compared you to your ancestor, Black Jack Randall saying you have the same dark demons within? Others accuse you of being rather cold and unemotional towards Claire, not affectionate to her… ummm being a sort of Cold fish so to say in the bedroom? Now, to be honest with you, I do not see you as that cold fish! And, I am reasonably sure that Claire did not either! 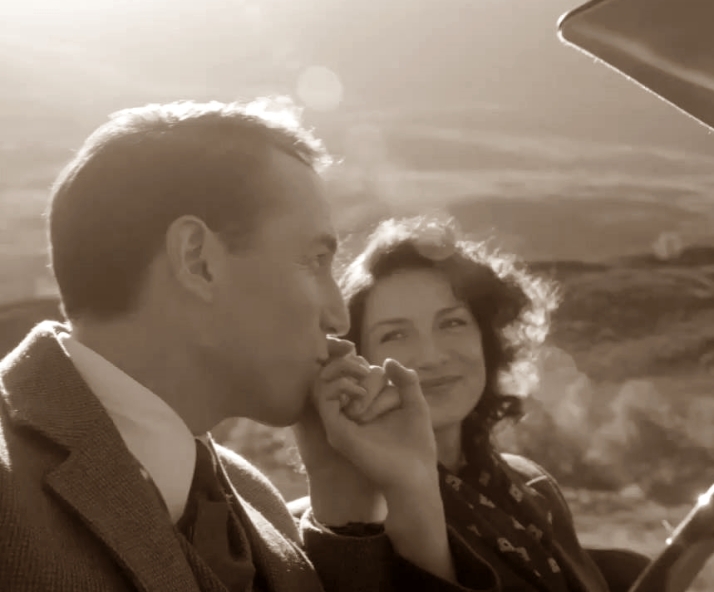 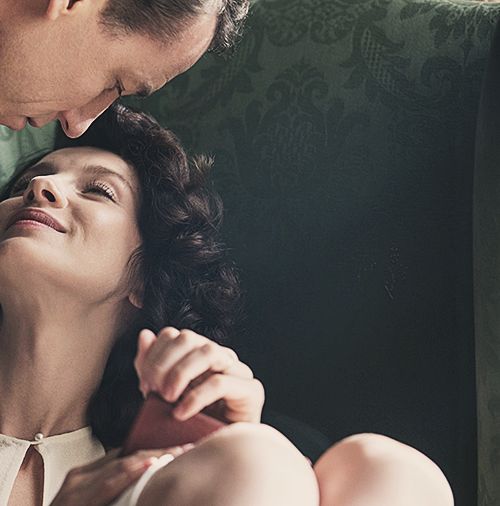 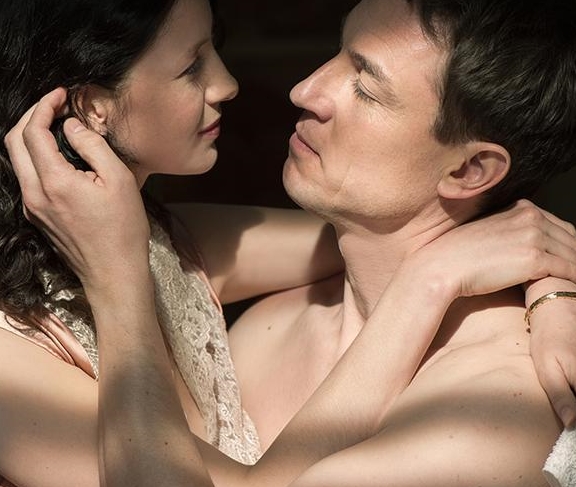 Frank clears his throat, gives a strangled cough and mutters, “Well that is a relief, I suppose even though she still chose that other chap over me!” 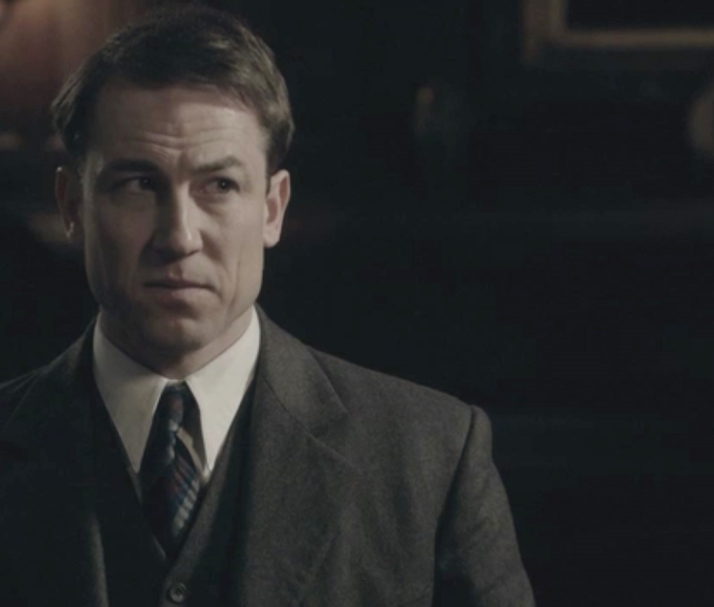 Frank digest my comments and then reluctantly agrees to discuss some of his life with me. 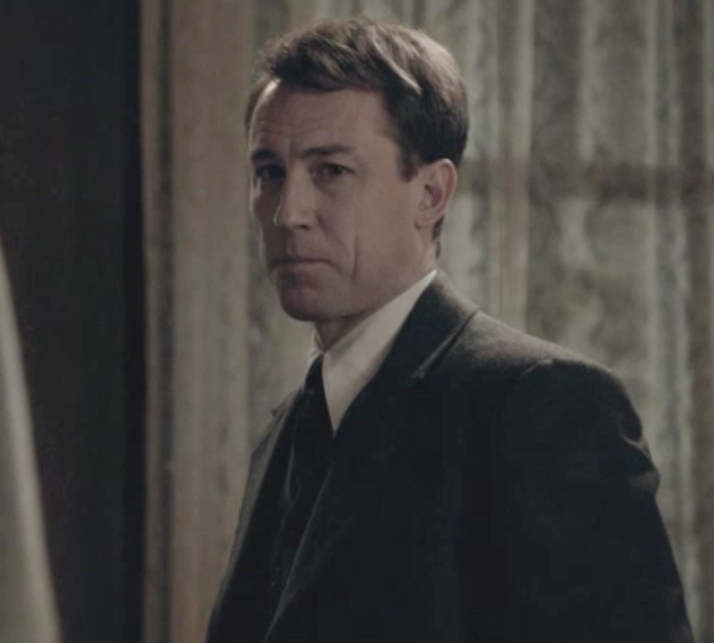 In light of the difficult conversation ahead, we retire to the bar to discuss it over many drinks! 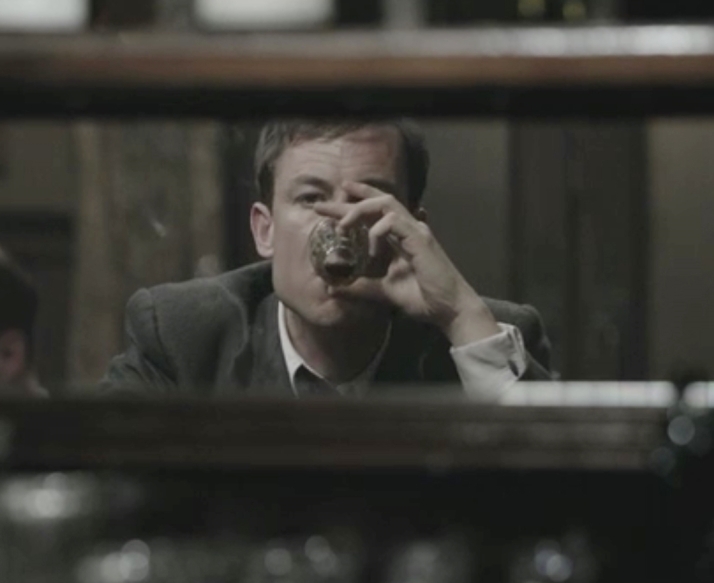 Let’s start from the beginning, shall we? These simple questions should be easy enough for you to answer…such as your full name, date and place of birth…

But, sadly Frank can not get through even these! Other than his name, Frank Wolverton Randall, he replies that those other two are classified? He did supply his parents names though,  Jonathan Randall & Nora Sheffield. He very calmly states his profession as History Professor/Historian. I bring up his military profession and he slams down another shot of the whiskey as though wanting to avoid this portion. “Yes, during the war I was attached to MI6 working with the British Intelligence unit.”  His face suddenly takes on that cooler distant and somewhat harder look… one I assume he thinks will still my prodding about that time. After having had a few of my own shots though, I am not deterred! 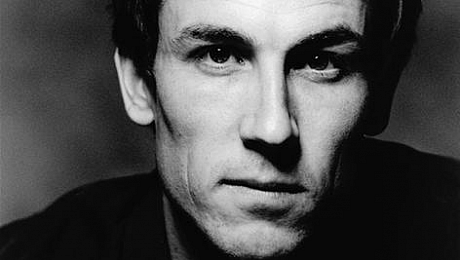 I choose to confront Frank with this head on, knowing full well that military connections and networks such he was involved in at the time do not just fade away and disappear because one retires from the military. His comment was as I expected, “That’s classified and of course I would not be at liberty to discuss any of that even I were so still involved.” I nod my understanding but bring up one other fact that is now known.

“So, Frank, tell me a bit about the event with Jeremiah MacKenzie? That event is out in the open now people are speculating about your involvement and what you might now know about any of it. This time, I have the upper hand, Frank chokes on his drink and becomes very slightly flustered at the mention of Jeremiah MacKenzie.

Introduction to Leaf on the Wind of All Hallows 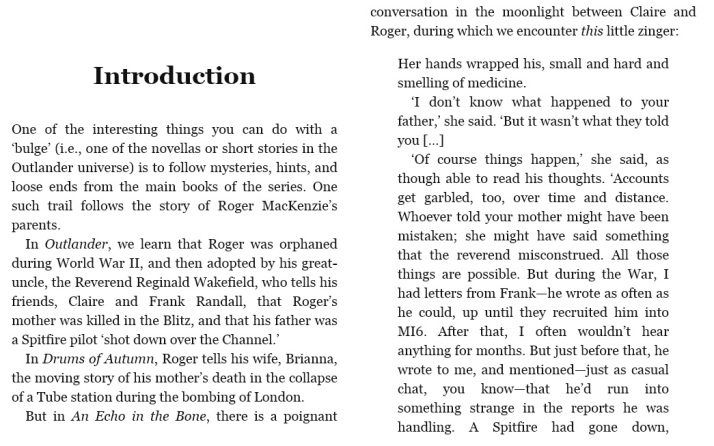 excerpt from Wind of  All Hallows, meeting between Frank and Jeremiah MacKenzie. 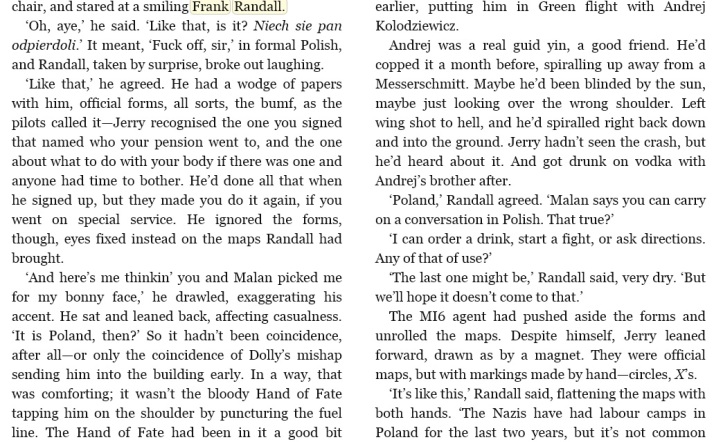 Frank supplies his standard pat answer of  that being a classified mission and how he was of course not at liberty to discuss any of the specific details. Yes, I was expecting that… but I needed to remind him of something else quite important, or perhaps enlighten him if by some odd chance he was not aware of it? I chat for a bit about minor unimportant things such as his friendship with Reverend Wakefield. 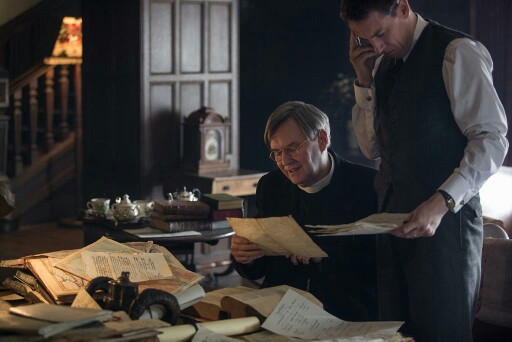 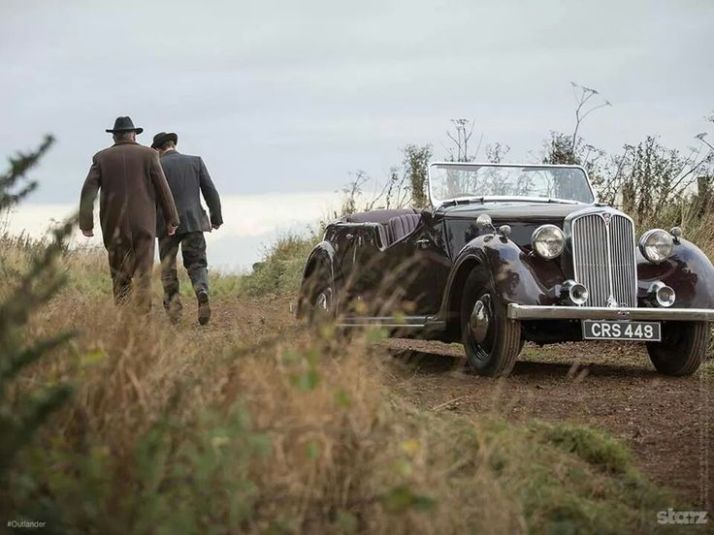 While in Inverness, Frank visits a Mr. Bainbridge, a solicitor with an interest in local history, and the Rev. Dr. Reginald Wakefield, a vicar who also has an interest in history. Frank is particularly interested in records concerning his ancestor Jonathan Randall, who was a captain of dragoons in the 18th century. While we’re chatting about the Reverend, I casually mention that little nephew of the Reverend’s… Roger isn’t it? 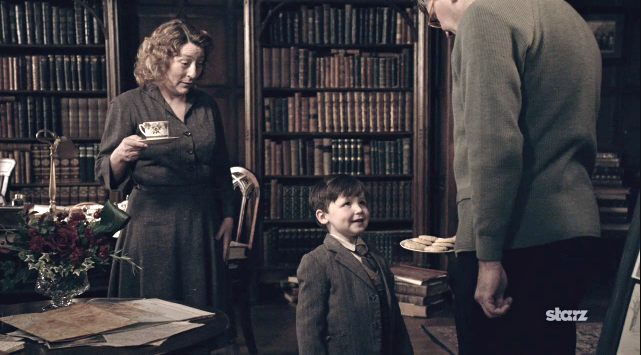 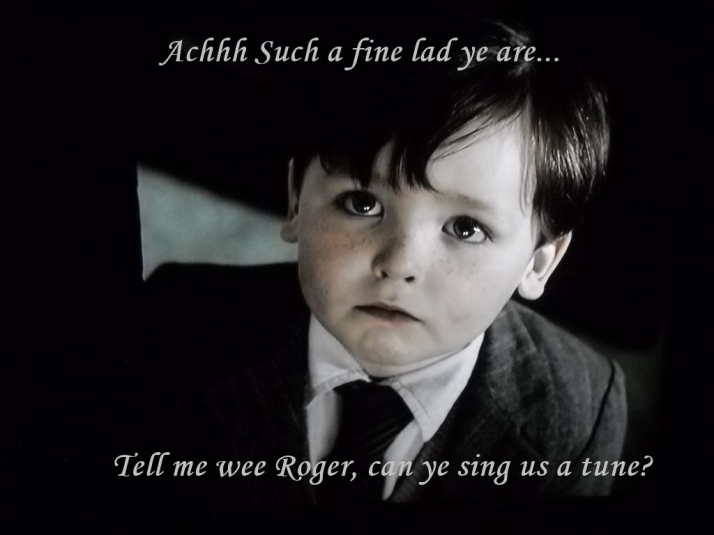 Frank nods his head trying to seem nonchalant about it, “Ummm yes, I believe that was his name, Roger… quite charming young lad he was.”

“hmmmm, Roger… wasn’t that the name of poor Jeremiah MacKenzie’s young son?” I offer offhandedly as though it’s of no real importance… 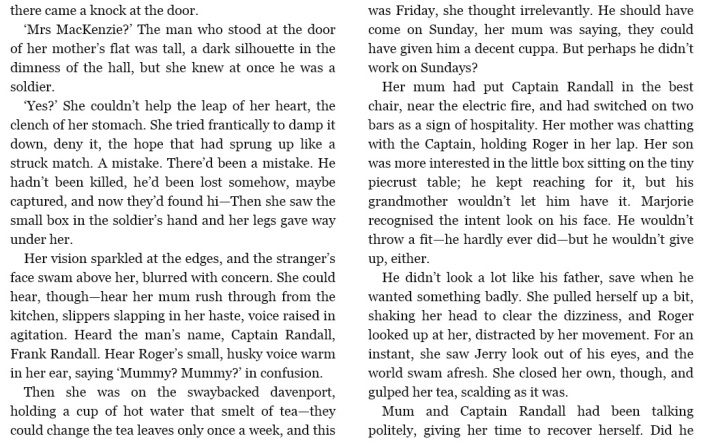 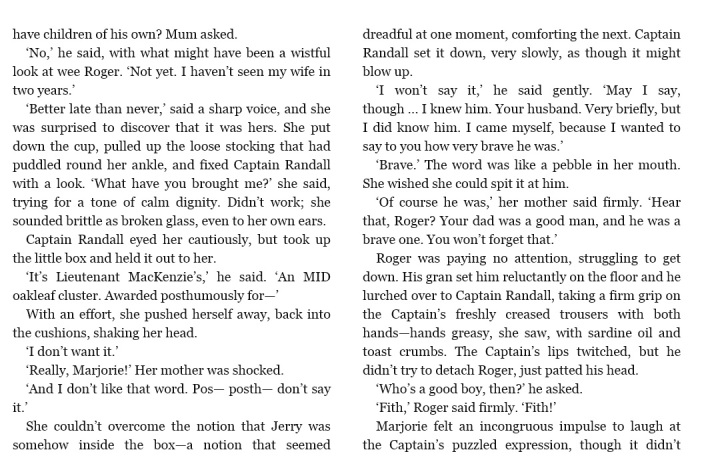 Frank can not hide the bit of discomfort he is suddenly feeling at this line of conversation… I am a bit smug at having caught him in this? “Ohhhh, that little lad, Roger must certainly have left an impression on you as well as your pants… Come now, I am sure you recognized him when you met him at Reverend Wakefield’s home, how could you not have?”

Frank has to admit that yes, he did recognize the boy but did not want to bring up bad memories for anyone so kept his silence on the matter.  Ahhhh what a gentleman you are Mr. Randall, I wonder what other secrets you might be hiding?

2 thoughts on “Outlander: On the matter of Frank Randall part one”